To share your memory on the wall of Jerome Krueger, sign in using one of the following options:

We encourage you to share your most beloved memories of Jerome here, so that the family and other loved ones can always see it. You can upload cherished photographs, or share your favorite stories, and can even comment on those shared by others.

Posted Nov 25, 2020 at 02:29pm
I'm so sorry to hear of Jerry's passing. I worked with Jerry for many years at Rice Medical Center, he always had a way to make a person laugh. My sympathy to the family.
Comment Share
Share via:
TS

Posted Nov 20, 2020 at 04:13pm
Sending hugs and love to all of you. Uncle Jerry was a great person. Always had a smile for you. RIP..Uncle Jerry you will be missed my many.
Comment Share
Share via: 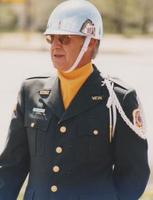