A gift to your family, sparing them hard decisions at an emotional time.

It is not always possible to pay respects in person, so we hope that this small token will help.

Offer a gift of comfort and beauty to a family suffering from loss. 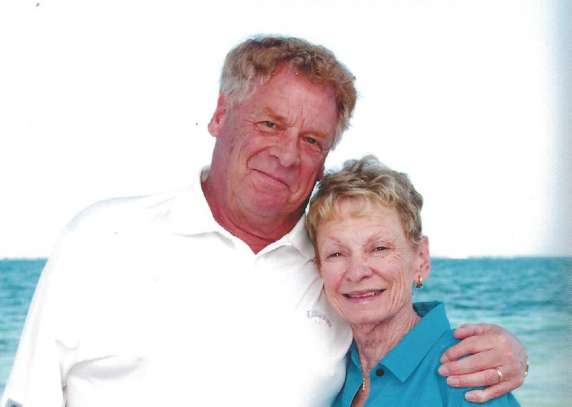 A native of Stevens Point, Jim began serving the community of Portage County as a funeral director in 1966. A 1958 graduate of Pacelli High School, he has been active in numerous community organizations including: YMCA, Community Foundation of Portage County, Optimist Club, Knight of Columbus - 4th degree, Lions Club, United Way, and Stevens Point Youth Baseball. Jim and his wife Marti, a 1958 graduate of Rosholt High School, opened the Shuda Funeral Chapel in 1967 and together have recently celebrated their 53rd wedding anniversary. They have seven children and 22 grandchildren.

Jim Shuda, a Stevens Point native, became a licensed funeral director for the state of Wisconsin in 1965.  Shortly thereafter, he and his wife Marti decided to build the area’s first funeral home that would not be a renovated building, but instead a modern purpose-build facility.  This building, and the business they created, Shuda Funeral Chapels, had its open house celebration on October 8, 1967.  On that day, more than 2,000 people came to see the new building and to wish the business and its owners well.  Through hard work and a dedication to excellence, the business today remains family-owned and operated.

The current Shuda Funeral Services would not be possible without the support and energies of family and friends. For this reason, Jim and Marti are eternally grateful to their parents, Paul & Ramona Shuda and Frank & Sally Rebeck, along with the working support of friends,  Herb Witkowski, Norm Van Prooyen and Rich Jurgella, all of whom volunteered their time and service.